Don’t screw up your separation with a bad deal – check out Separation Agreements Langley. Sure there was some snickering when Rick Perry blew it during a nationally televised presidential debate. Yet while his self professed “oops” may have doomed his presidential aspirations it also triggered my own “ahah” moment.

The same week Rick Perry’s gaff made headlines I met with a separated guy (I’ll call him Bill) who had some legal questions regarding his separation. Several years earlier Bill and his ex had signed an agreement which he showed me at our meeting.

It’s the same kind of basic do-it-youself separation agreement precedent I’ve seen before, and available almost anywhere. You simply fill in various sections and cross out what you don’t want.

Unfortunately for Bill, and many others like him, if you don’t take the time to understand, or pay any attention, to what you’re signing, the results can be financially disastrous.

When I asked if Bill, (or his ex), had obtained any legal advice beforehand he told me he hadn’t bothered, since they had both agreed not to “involve lawyers”.

Of course, as I mentioned to Bill, while this may mean that while his spouse may not want have wanted Bill to see a lawyer, (to learn his legal rights and responsibilities) she may already have done so, and he’ll never know.

Nervously, Bill mentioned that his ex was now asking him to pay her spousal support, and he wanted to know my legal opinion.

I returned to review the terms of the agreement.

While Bill had in fact ended up with fewer, and less valuable, family assets, and had assumed far more family debt, than his spouse, (typically the type of unequal asset division which is negotiated in return for waiving monthly spousal support), there was no mention in the agreement that spousal support had been waived.

Then the next shoe dropped.

Bill informed me that while his own income had in fact increased substantially in the several years since the agreement, the same wasn’t the case for his ex, whose income had actually diminished.

I plugged in the numbers in the Spousal Support Advisory Guideline Divorcemate calculator (the same software calculator used by courts in BC to determine the range of spousal support) and told Bill the grim news.

Bill remained potentially liable to pay his ex tens of thousands of dollars in spousal support for a long time.

Liability and distress which Bill could have avoided altogether by spending several hundred dollars for good legal advice before signing the agreement.

So if your ex says let’s not involve lawyers to settle your matrimonial issues, just nod.

Unless of course you want to blow it like Bill.

As an emotional wreck, entering his office, I found Scott Taylor very calming, and attentive, to my divorce needs.

He made my divorce painless, and took charge of all that needed to be done.

I tried to do it myself, with the guidance of Scott Taylor, and realized it was in my best interest to have him take over, and I am certainly glad I did.

G.D.
I recently used Mr. Scott Taylor as my lawyer. He is very knowledgeable in what he does. I was able to get the advice I needed from him to be able to represent myself in my court hearings regarding child support. I felt prepared and confident going in front of the judge.
Thank you
M.V.
I was going through 2 years of hell, until I changed lawyers, and went with Scott. Through Scott’s guidance I was able to put an end to my claim, and divorce, in one week. I will highly recommend Scott to anyone.
T.H.
Mr. Taylor has shown me I am not helpless, with proper guidance, I can take control and understand the legal system and its dynamics! Mr. Taylor has given me the success to know that I can succeed when I take charge
B.B.
Mr. Taylor has been a wealth of knowledge throughout my ordeal. He brought new ideas to the table and stood behind them, even when others questioned his efforts.

His professional approach served me and my family very well. He knew exactly when to step forward, and when he could coach me to handle things on my own to help keep my costs down.

Thank you Mr. Taylor for a job well done.

C.C.
Going through divorce is one of the most stressful things I have ever had to go through, and finding a lawyer who I trusted was even worse. After wasting thousands of dollars with different lawyers, I was about to give up. This is when I found the Law Office of Scott Taylor.
Immediately upon walking into this office, I was received by a warm welcome from his legal assistant. This did not feel intimidating as what I had been exposed to at the other lawyer’s offices. Moments later, I was sitting with Mr. Taylor in his office, discussing my case. After several minutes I felt very comfortable.
Scott Taylor took the time to sincerely listen to what I had to say, and he had the compassion to provide me with the honest answers I needed. The best way I could describe Scott, would be like a friend. After leaving his office, I felt like I had a close friend going to bat for me.
I would recommend Scott to anyone who needed legal advice.
Thanks Scott!
M.D.

[su_note note_color=”#d7002e” text_color=”#ffffff” radius=”5″]Contact my office today for your consultation. 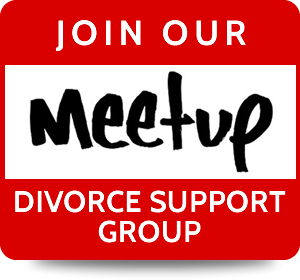